Blog
You are here: Home1 / Blog2 / Articles3 / What I learned from tropical storm Isaias 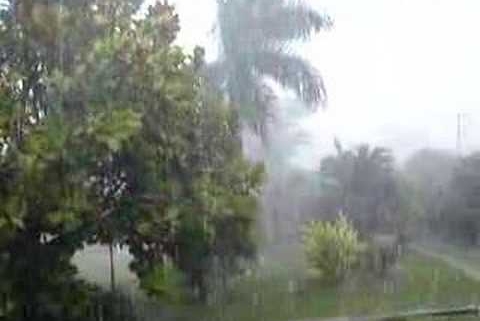 Storms are hard. There is the fear of not knowing how bad it will be or how to prepare adequately. There is also fear watching the storm with the trees blowing in the wind and seeing branches coming down and hoping nothing will damage your house or property. I have had several trees come down in different storms and damage my house and deck. And then there is the aftermath of the storm in terms of cleaning up the debris, getting all of the trees that are down cut up and off the property and finally getting any lost power, internet and cable back up.

During Isaias, I was home watching the storm and went downstairs to where I felt it safest when the eye of the storm hit about 2 PM. I heard branches come down and later found two down trees on the property where I am renting, one making a nice sized hole in the gravel driveway. We lost power, cable and internet. I was incredibly lucky to have a partial generator which kept my refrigerator going, some lights on as well as microwave and toaster oven. I made 3 nights of prepared foods the night before the storm as a precautionary step. We had extra batteries for 3 lanterns and enough propane for the generator. I felt ready. We were lucky to get our power restored in 2 days. It took over 2 weeks however, to get our internet and cable back.

Here is what I learned from the experience:

I would love to hear what you have learned from the storm if it effected you and from Covid. My heart goes out to everyone in Louisiana and Tesas that have it much worse with Hurricane Laura.

Fill out the form and Renee will reach out to schedule an appointment
Client Resources Free Consultation Case Studies
Have Questions?
(914) 763-9107

“I feel unbelievably great. One year ago I was so depressed, but today I live with a disease that most times I don’t even know I have.”

“Renee works with you to help your body restore to its own natural balance. She works with each individual to address the underlying physical and emotional causes that hinder wellness—not just the symptoms.”

“Renee has helped me when other doctors have failed. Whether you are desperate of just want to maintain good health, Renee takes the mystery out of how to feel great.”

"I've worked with many therapists and health practitioners before, but after working with renee I feel happy for the first time in a very long time."

"Renee is very knowledgable, thoughtful and is always laser focused on her client/patient."